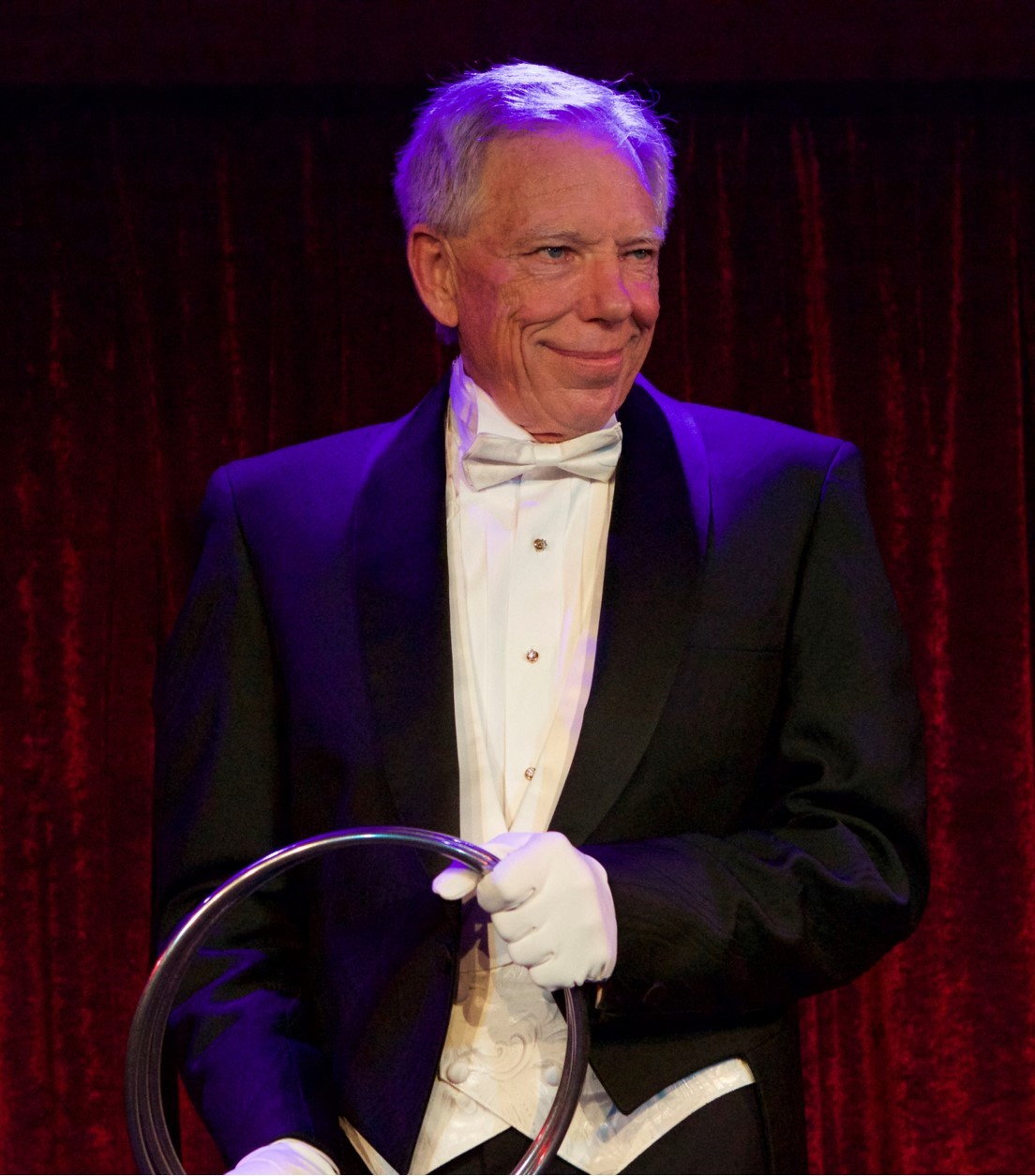 Terry has enjoyed 40+ years of success as a professional entertainer. He has headlined stages from Japan to Briton, from Caesars in Las Vegas to The Magic Castle in Hollywood. Just back from The Magic Castle Cabaret.  Last year Terry won San Diego’s Triple Crown. Close up, Stand up, and Entertainer of the Year. The only person to ever achieve that goal.
Terry Specializes in fast paced comedy where the audience members share in the magical experience. He is a master of Sleight of Hand, a skilled emcee, a television consultant, and an international lecturer. His clients include Disney, Cadillac, Hughes Aircraft, The SyFy Channel, and Nabisco just to name a few. He is a member of the Academy of Magical Arts, and former President of the International Brotherhood of Magicians in San Diego. Always the inventor, Terry created a line of original magic products that continue to sell out. This includes the outrageous Viper Snake Basket, a magic shop best seller, and his amazing Floating Finger Ring (a personal favorite of Johnny Carson). He also created “Terry’s Magic Pub”, the first ever full-length Pay-Per-View magic webcast. This one off TV show Starred Johnny Thompson and Pam, J. C. Wagner, Whitt (Pop) Haydn, Rich Block, Steve Bargatze, and of course Terry himself. Terry’s career has taken him around the world, dazzling and being dazzled by the performing arts elite but he still prefers community life at home with his wife of 22 years, Dr. Lynn Lunceford psyD. Their spare time is devoted to fostering dogs looking for homes. Lynn is also on the board for the San Diego Humane Society Terry also enjoys building unique forms of transportation. He won a few championships on the National racing circuit. Much to his wife’s chagrin, he has his eyes set on a flying jetpack for his next project…………

Terry will share the routines that has made him a notable inventor in Magic,
Cards, Coins, and Stand-up effects developed over the last 40 years.
Some effects will be Card under drink (Terry was the first one to ever do the effect in the Magic Castle close up room), Terry’s one coin routine, Worlds most stupid magic trick,
Card splitting and Split Decision, Also his award winning 3 Ring routine and even the viper snake basket

There will also be a big segment on 3d printing in magic. Examples, ideas and real world uses in magic, including the new Cryptex!